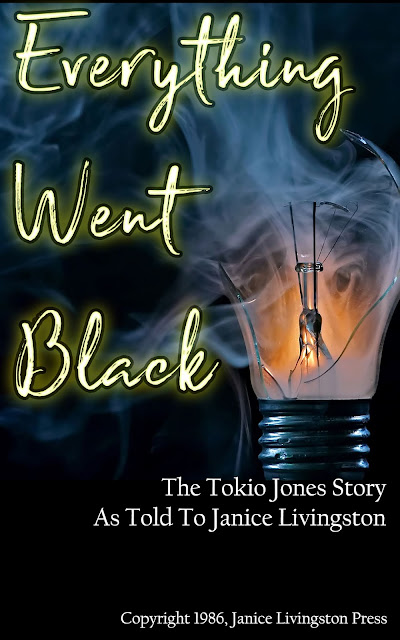 Welp, I put a title on Amazon's Vella. Impetuously, foolishly, but there you have it. It's sort of what I do.

Vella is Amazon's serial, episodic story experiment. The first three chapters are free, then users can purchase tokens to unlock more chapters. It's...interesting. New users also get 200 tokens to spend, which is a nice incentive. Beyond that, tokens are about a penny each, and you can expect an average chapter to run from 15 to maybe 30 tokens or so, based on length. 20 is probably average.

For me, I enjoy the attempt at stretching and writing under a tiny bit of pressure. The story I'm posting (don't tell anyone) is being written as I go along. I'm far enough ahead that if I keep writing a chapter a day as I've been doing, I'll be done before people are caught up to where I am currently. Writing without a net.

There are problems with the program, as I see it. First of all, Amazon takes your cover and turns in into a circular graphic. If you don't like the results, and I don't, with my cover, you'll have to make an entirely new one, and it's hard to nail down. Pretty terrible, honestly.

But I had to purchase some tokens to continue reading the first Vella story I couldn't ignore. It's not available as an ebook, and is the first novel (serial? I don't know what a Vella story is. A story.) by this author. They're prolific, and I can see that I will have spent far more to read their work than if I had purchased a $2.99 ebook. Or a $3.99 ebook. Or a damn $4.99 ebook.

Now that's great for an author, if you are getting a lot of reads. It's very meritocratic. But I don't see the frugal, spendthrift ebook crowd doing that for a lot of authors. One nice thing about Vella, so far, is that it's dominated completely by indies. Like all things Amazon, that will change.

King is probably finishing up on some 1,800 page epic as we speak.

There are any number of quirks to Vella for authors to be aware of. The blurb length is reduced. If you're adapting an existing ebook, your old blurb will be too long.

The categories are limited. Very bare bones, there. You can add seven tags, but there are only a handful of genres to choose from as far as categorizing your work goes. No erotica category, although there is some on there. Authors had to develop their own WDTM tag for that. (Write Dirty To Me...) Likewise, you can't mark your work as explicit, so the tag serves that function as well.

WRONG: Apparently there is an erotica category. Not sure how I missed that.

There is no real way to connect with readers. They are reading stories in the void. The titles are not tied to your author page, and the reviews will not apply to the ebook version if you publish one later.

Once your work is released, there are no update announcements to the Vella front page. Not only that, but if your story isn't explicitly followed, readers will have no idea. In fact, I've never gotten an update for the one story I am following...

Did I mention that on a laptop, it displays the text in a tiny phone format? WHY?

There is a an iPhone app, via Kindle for iPhone. But no Android version. It's in the works, but not having it at release is bizarre. The whole thing feels sort of rushed and half-baked. Relatable. But it could be so much better. At least the iPhone readers get notifications of new episodes. (Or was we used to call them, chapters...) You can also break your work into 'Seasons', and that also seems weird, to me. These are still books, not Netflix shows. I guess they are trying to capture the youth market and get them reading again, with bite-sized stories for mobile. That's probably a positive, but as a writer, I find it slightly offensive.

Vella seems kinda shitty when you look at all of those problems together. I expect it to change over time, of course. Or just die off. Or just limp along like...a zombie. Knowing Amazon, the changes will tend to favor major publishers instead of indies, over time.

Despite all of that, it's an interesting experiment. If you have a work that's finished, or almost finished, you have little to lose by giving it a shot. It might even motivate you to work harder, as you'll give yourself a little pressure to be more productive. That's always a good thing.

One feature I do enjoy is the chapter endnote feature. I like adding commentary or flavor to my work in that way. Readers can give your episode a 'like', and they can make a story their favorite every week. So that's something. Something fleeting, as it's reset every month, like it or not.

If it takes off, I can see it shaping the way stories are written, as a cliffhanger format works well on Vella. I love writing chapter endings that make you want to push on to learn what happens next. 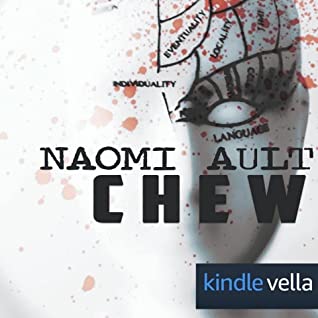 In case you're wondering, the story that got me into Vella is Chew by newly published author Naomi Ault. I got so sucked in by this one, I apparently read an entire novel (or at least a long novella) in two days. Something like 38,000 words. It's a smart and fresh take on the zombie genre. She writes in a crisp, clear style that results in a very visual story. I feel it's a lot more cerebral than anything else I've ever read in this area. I compare it favorably to the mighty World War Z novel in my review, in fact. It's a five-star book that I gave four stars out of pure jealousy. She's an amazing author.

Ever since I got on Instagram as an author, but especially since I ran a few promo experiments, I get bombarded with people trying to entice me into book promotions, and almost all of them include reviews. Fake reviews.

After one particularly annoying incident, I broke my own written rule about engaging people, screenshotted the conversation, and posted it there. Big mistake. The guy got irate, told me to take it down, and I'm pretty stubborn when it comes to people telling me what to do.

I got two Verified Purchase one-star reviews in a single day. I'm kicking myself, because I knew better in the first place. My flagship book dropped from a solid four stars to 3.5 overnight.

I'm fine with legitimate bad reviews. This is entirely different. A malicious campaign had started. In fact, he threatened me with twenty of them. I took down the post, let him know that he was starting an utter war with a maniac, and...apologized. Things seem to have cooled down now, but I am for the first time trying to get Amazon to take down a review.

I hate to have to do that, and it just goes to show that authors are in a uniquely bad position. We are entirely free when we write. In the real world, we are subject to the whims of anyone we encounter. The safest bet is to not even talk to people like that. Calling them out publicly is a terrible idea.

I knew better. I've written about it. The irony of the situation isn't lost on me.

My new narrator, who is concerned with my lack of, well, everything, found a Fiverr book promoter who actually looks like they can make a difference. At first glance, Smm_Sema doesn't inspire confidence. She is from Pakistan (not that there's anything wrong with that), I believe, with only six or so ratings. The ad copy doesn't look promising at all, at first glace.

But what she offers seems to stand out from most Fiverr promoters. She has a detailed list of book promotion groups, along with their membership numbers, that she will post your blurb, graphic, and link to. For the nominal cost of ten dollars, she can legitimately claim exposure to potentially millions of people.

It's a refreshingly honest approach, simple and direct. An author would have to spend way too much time on Facebook, etc. to achieve what she is able to do on her own. The campaign goes live in two days, and if I sell even a copy or two, I'm going to take the plunge and purchase her deluxe package for a different novel.

Then I'm going to try and redo her graphic and ad copy. I hope it works out, because she is the opposite of scammy and pushy. Expect an update if things go well.

Everything Went Black: The Tokio Jones Story as told to Janice Livingston

I haven't published in a while, until just recently. I haven't written since 2016, I do believe. That's all changing rapidly.  Even though I have two incomplete series, and a handful of partially finished projects, I have suddenly found myself engrossed in an entirely unforeseen new work.

It's a Radar Love prequel, telling the story of Tokio, the main secondary character, and the impetus for the entire story arc. Better yet, it's told as dictated to Janice Livingston, another character from the third, unreleased (but almost done) Penultimate Hustle L.A. It's also first person, episodic, and surprisingly unpornographic.

This has forced me to create an entire bio and pseudo-history for Janice, and even putting a face to her name, It's literally the missing link the series needed.

It's enormously fun to write, and I have already generated an entire novella's worth of material, with no end in sight. There's a lot to tell here, and it enhances the original story and series to a high degree.

It's also enjoyable to write as someone else. The text ends up a blend of Tokio and Janice, mixing it up in some Snoop Dogg and Martha Stewart fashion, and becoming greater than the sum of its parts. The cover is still being finalized, the timelines have to change a bit to make the two books mesh, but there you have it. Don't be an idiot. Like me.

Of course, I published it to Vella. And why not? No one is going to read it anyway. You're not reading this now. At any rate, pretend you are, and click on this link. I can pretend you're my beta reader, and I am finally doing things the right way.

Thanks for not reading! 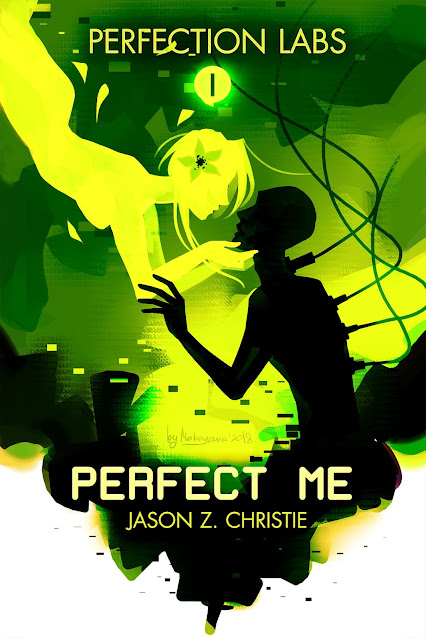 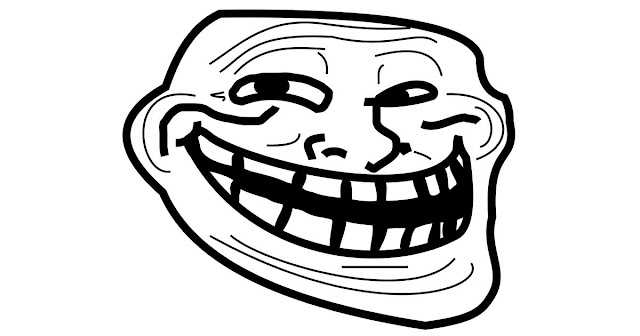 Trolling My Way Into An FBI Swab 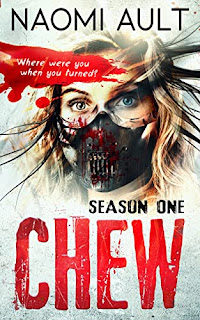 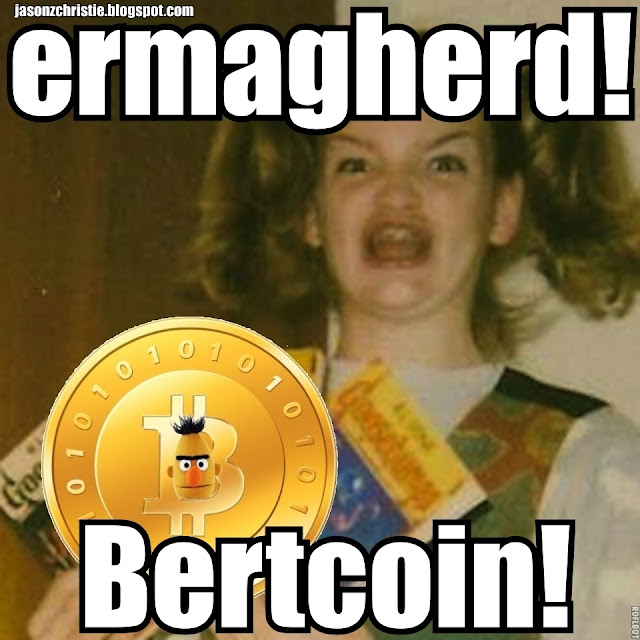 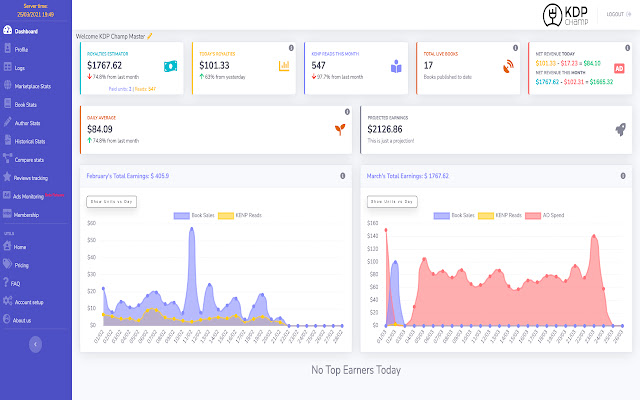 A Round-Up of Amazon Plug-Ins for Authors 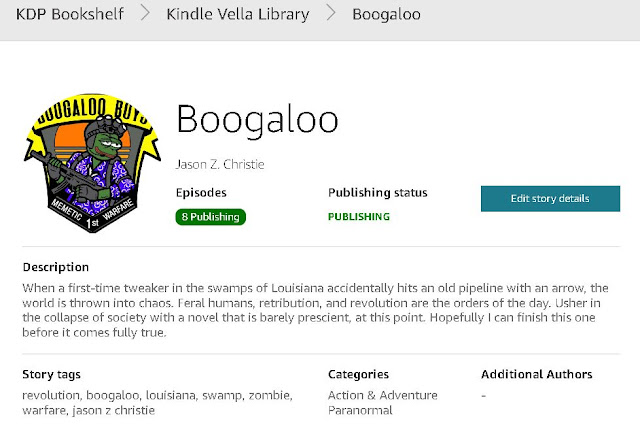 Amazon is Trash for Authors, and I Hate Them So Much 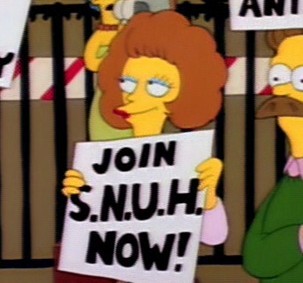 The Time I Got A Shout-Out On The Simpsons 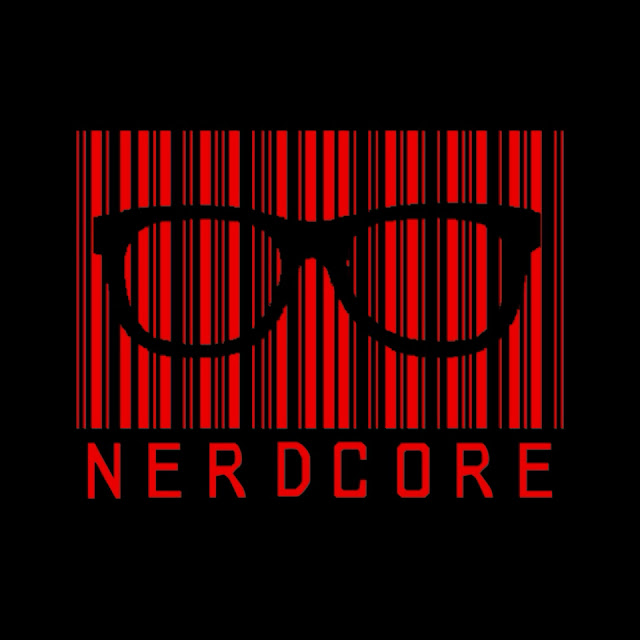 Confession: I Was a Nerdcore Rapper

Email updates are for new books only, and that is a rare event.

Circle of the Tyrants: